Tim and i experimented with mounting a chrome / mirror ball to a video camera.
We were thinking about if it would be possible to use the image as some sort of reflection to map to a car’s reflection in 2D.
Anyway, its all low res, but pretty interesting to look at.

Then after a polar to rectangular conversion:

We just completed a small job for Thai Nissan’s new car “Teana”. I figured it would be a perfect opportunity to test out Apple’s Color seeing as the commercial only had 5 shots in it.

The colouring toolset in Color is fantastic compared with FCP. There are good tools in FCP, but Color takes it to another level.

The Workflow
After skimming over the Color manual I had got the idea of how it is meant to work. Basically:

Treat it as if you were taking an online edit to a telecine session.

Understanding that makes it all so simple.

I was making the mistake of thinking I could easily jump BACK and FORTH between FCP & Color and use lots of layers, but it is not meant to we worked that way.

How I do this:

Getting there and back

There seems to be 2 ways to get your edit from FCP to Color and back to FCP.
1. Use the ‘send to color’ & ‘send to fcp’ option
2. export your sequence as xml from FCP, then open it with Color, then export as xml from Color, and import into FCP.

I used option 1 for the Nissan job, but today I have been using option 2. I prefer this option because it allows me to save the XML files where I want to (good for our current workflow).

I think Color is a fantastic version 1 release and hopefully it means there will be a lot more cool stuff to look forward too.

Jeremy has some amazing work (i believe it was his thesis?) on Spatial Image Based Lighting.

The aim of this research is to investigate a spatial extension to the common image based lighting (IBL) process suitable for practical use in areas such as visual effects, animation and gaming.Â

I thought i’d post up something i worked on a few weeks ago here at Finito.This shot is from a 45 sec commercial for Petronas oil we did.Â The director wanted to make this highway look a little more busy and show the confusionÂ and frustration of traffic in Bangkok 🙂*Update: I forgot to say that the shotÂ was composited in Shake.Before Friday night was cool – I worked kinda late on friday night but managed to grab a drink with Jeab and Nick at Y50 on Thonglo 21 – the place was packed but we managed to get a seat and drink until 4am – interesting because everywhere in Bangkok is meant to close at 1am (it’s the law). We even got to have a shot of Tequila in there!

On the way home 2 policeman got off the one motorcycle (i am sure you’d never see that in the west) and pulled us up – asked for id, gave us a grope, and asked if we had any drugs. Nick was laughing the whole time – i was a little more spun out by the scenario after the tequila. Luckily we werent transporting any drugs so the cops couldn’t make a little earner off us, so they buggered off.

Saturday night I went with Salvo, Ben & Jeab to Khaosan road – tourist central. I’ve been meaning to check it out since I arrived here but have never managed to get there. Anyway, it’s a pretty cool place – lots of bars and cheap food, and so many foreigners. Sunday I went with the guys to JJ market again – got some clothes and a cheap powerboard – which I hope isn’t going to cause an electrical fire and burn down my new apartment. This time I managed to take take the HD camera along with charged batteries. I’ll get a clip up soon. The markets really are amazing – they are huge and have so many types of things to buy and food to eat.

Yesterday (monday) I went with Finito to our booth at the Bangkok Film Market (or something like that) that is running alongside the Bangkok International Film Festival. Not a whole lot to say about it, except one booth had some wicked props: 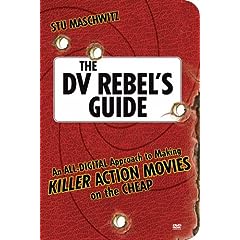 I just got back from a presentation by Autodesk and some folks from fxguide.com – demoing the new versions of Flame and Smoke. The guys presentated well – Flame looked cool as always, but Smoke…. not for me.

I had my first experience with an iPhone! And it was … hot! Unfortunately i look like I have some sort of disability in this photo – i just blaim it on the awesomeness of the iPhone.

The iPhone is fabulous – it feels solid and the touch screen is kickass. I didnt get to look at too much except for iTunes / coverflow and the photo album – all very very very amazing!

Here is the FX Guide man himself John Montgomery: Salvo & Nick also had a go: A little while back i posted (i think) about a movie by director Danny Boyle called “Sunshine”. It looked to be a promising sci-fi free of the usual hollyood shite.

Last night I went and saw it with Derek and Bessie down in Causeway Bay.
The movie is stunning to look at. The size of the sun and its immense brightness and heat come across very clearly.
I thought the concepts were thought out enough to be believable.
Storywise – well teh guys are off to save the world by creating a star within the sun to reignite it. That’s a big one but I believed it.
And, the usual hollywood shite has some romantic fucking scene in some part of the space station. Well folks this is free of that too! Although Rose Byrne (who is awesome) seems to have some feelings for the main character played by Cillian Murphy (28days later etc..).

It ain’t your typical hollywood ending!

I have a new VFX demo reel online.